Summer on the Road

Read More
About Us
We harness the medicinal properties of our oils to create an Organic fusion of Ayurvedic medicine, European herbalism and Australian botanicals. 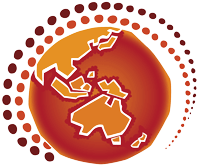 No Items in Cart

No products in the cart.

It is considered one of the best broad-spectrum antiseptics against fungal, bacterial, viral and parasitic infections. Primarily used in antiseptic washes it is also useful for safely removing tics.
Research shows Tea tree is 10-13 times stronger than carbolic as an antiseptic and is non-toxic and non-irritant. It has an equal effect on bacteria, viruses and fungus, and as an insecticide.

Reputedly used by inhalation to fight viral and bacterial infections such as glandular fever, whooping cough and candida infections, cystitis and thrush by stimulating the immune system.

Commonly utilised to relieve the symptoms of; coughs, colds, sinusitis, bronchitis, catarrh, pneumonia, sore throat and asthma. It was thought to also support the immune systems recovery after a serious illness.

It helps lift our spirits and supports us to build confidence, giving us a sense of confidence and empowerment to overcome obstacles and a priority to aid your recovery from a chronic illness.

We harness the medicinal properties of our oils to create an Organic fusion of Ayurvedic medicine, European herbalism and Australian botanicals.
Products
Shop the Range
All Categories
Stockists
Checkout
Collections
Account
More
Contact Us
Our Story
Wholesale Enquiries
Become an Affiliate
Shop NowJoin the tribe
+61(0)415 513 855
meleuka@rareearthoils.com